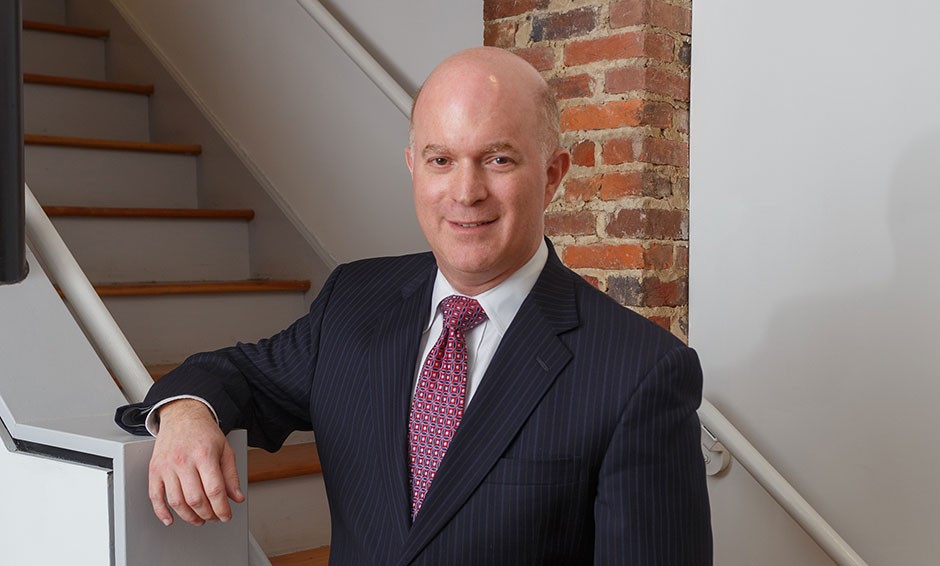 Stephen B. Stern is a trusted legal advisor and zealous advocate for many businesses and individuals.

Mr. Stern devotes a significant portion of his practice to representing businesses in employment related matters, both as an advisor and litigator. He regularly advises companies on strategic matters involving employment policies, procedures, and practices, such as trade secret protection programs, wage/hour practices, bonus and other compensation programs, social media risks, and independent contractor relationships. He also regularly helps businesses manage individual circumstances that arise on a day to day basis, such as employment terminations, separation agreements, employment agreements, leave requests, employee discipline, requests for reasonable accommodations, and investigations. With respect to adversarial matters, Mr. Stern has defended employers against claims involving Title VII, ADEA, ADA, FMLA, SOX, FLSA, NDAA, IRCA, and other similar federal and state statutes, as well as various torts. Mr. Stern has appeared before the EEOC, DOL, and comparable state and local government agencies, as well as the United States Department of Justice. In addition, Mr. Stern has litigated employment claims in federal and state courts, as well as arbitration, in multiple jurisdictions. While Mr. Stern primarily represents businesses in employment matters, he occasionally represents individuals as well.

Mr. Stern regularly works with businesses on implementing trade secret protection programs, including the strategic use of non-compete, non-solicitation, and non-disclosure agreements, as well as assignment of work product provisions and other contractual provisions designed to protect a company’s intellectual property and other interests. In addition, he often is retained to advise companies and individuals during the hiring process on potential risks when a candidate is subject to restrictions in employment agreements, as well as statutory and common law duties. Mr. Stern has litigated numerous unfair competition cases of significant value involving trade secrets, restrictive covenants, and related tort claims. He has obtained temporary restraining orders (“TROs”) and other relief for companies, as well as defeated such claims, and successfully negotiated resolutions that resulted in substantial relief for companies and/or avoided the cost of litigation.

Mr. Stern’s substantial experience litigating complex business disputes has led many clients to seek his advice on avoiding litigation. In this regard, Mr. Stern has successfully “reverse engineered” his litigation experience to become an effective advisor and advocate negotiating various business contracts, such as vendor agreements, leases, sales agreements, service agreements, teaming agreements, and subcontracts, as well as various other risk management issues. In addition, Mr. Stern has been retained as a legal advisor and an independent investigator when entities have needed to conduct highly sensitive and complex investigations into various allegations of misconduct. While many of Mr. Stern’s investigations have involved allegations of discrimination, harassment, and various allegations of sexual misconduct, he also has been retained to investigate allegations of fraud and other alleged instances of misconduct in the private sector (for privately held and publicly traded companies), university setting, and prison setting.

Greenbelt Hospitality, LLC v. Hanover Ins. Co., et al., Case No. CL14-76 (King George Cnty. Cir. Ct. Va. July 2, 2019) -- obtained summary judgment for a bank incorrectly accused of knowingly selling, destroying, or otherwise disposing of precast materials that belonged to a hotel developer but were stored for a period of time on the premises of a company that had defaulted on a loan made by the bank

Trade Secret Misappropriation -- obtained a temporary restraining order ("TRO") on behalf of a fast-growing government contractor when a former employee downloaded numerous trade secrets and other confidential business information (such as business plans, information about products in development, pricing information, and more) worth millions of dollars as the employee was leaving the company; case resolved after TRO was issued

United States ex rel. Potter v. CASA de Maryland, Inc., et al., Civil Action No. PX-16-0475, 2018 U.S. Dist. LEXIS 37024 (D. Md. March 6, 2018), 2018 U.S. Dist. LEXIS 170123 (D. Md. Oct. 2, 2018) -- prevailed on motion to dismiss in qui tam action alleging substantive and conspiracy violations of the False Claims Act ("FCA") with respect to grant applications to the federal government, as well as violations of the anti-retaliation provisions of the FCA and the common law tort of termination in violation of public policy; prevailed on second motion to dismiss after the court granted the plaintiff leave to amend the FCA claims and further prevailed on motion to reconsider the dismissal of the common law tort claim

Breach of fiduciary duty and other contract/tort claims -- defended insurance agency against multi-million dollar claim alleging breach of fiduciary duties and other contract and tort claims where insurer canceled insurance policy mid-term for an insured in a high risk industry based on an alleged change in the risk; dismissed two counts and a demand for $1 million in punitive damages on an early motion; case resolved days before trial

University Investigation -- retained by large, out of state, public university to conduct independent investigation into highly sensitive allegations of sexual misconduct by a well-known, influential faculty member, and provide comprehensive report of findings

Snowder v. District of Columbia, 949 A.2d 590 (D.C. 2008) -- prevailed on appeal defending tow truck operator in a purported class action under the Consumer Protection Act where the plaintiffs did not establish the tow operators had a duty to notify vehicle owners their cars were towed

“Is the Notion that a Customer List is a Trade Secret Outdated?” Association of Corporate Counsel Litigation Committee Newsletter (August 2018)

“How Can the Attorney-Client Privilege be Waived in a Corporate Environment?” Association of Corporate Counsel Litigation Committee Newsletter (May 2018)

“Grammar Counts – The Placement of a Comma May Cost You Millions of Dollars,” Association of Corporate Counsel Litigation Committee Newsletter (March 2018)

“Is Social Media Changing the Way We Think of Trade Secrets . . . and How We Protect Them?“ Inside, A Publication of the NYSBA Corporate Counsel Section (Vol. 34, No. 1, Spring/Summer 2016)

“Pleading a Sarbanes-Oxley Act Whistleblower Claim: What is Required to Survive?,” The Labor Lawyer (Fall 2007)

“Me Too?! How am I Supposed to Prevent and Respond to Sexual Harassment in my Workplace?” 2018 Leading Caterers Association Northeast Winter Conference (January 9, 2018)

“How Not To Get Sued,” Home Performance Coalition Mid-Atlantic Conference (October 21, 2015)

“Trending Tools in Time and Attendance Tracking … And The Legality Of Them,” HR.com Webcast (June 17, 2014)